Pro Tools can be considered THE industry standard product in the world of Audio. Since it’s one of the very first DAW’s to appear on the scene, it’s considered an authority with other developers continuously using it as their benchmark for audio recording software. It’s a highly sophisticated program for professional use with outstanding editing and recording possibilities.

One of the major features in this software is how each window (Edit and Mix) is organized — a dream DAW for any engineer. Each track can have multiple playlists which is a handy feature especially if you’re recording drums. Unlike other DAWs, Pro Tools has industry standard key commands which can’t be edited or altered. Its hardware integration is flawless (especially in the HD version) and it is without a doubt the most powerful DAW when it comes to mixing, recording and editing audio. It comes with over 60 virtual instruments, thousands of sounds and an extensive loop library. It’s not unusual for producers (including us) to want to programme in another DAWs such as Cubase or Ableton. However, most producers will want their final mixes to take place in Pro Tools. The reason for this lies in the fact that Pro Tools’ midi functionality is simply not on par with the likes of Cubase or other competitors. However, when it comes to audio, Pro Tools wins every time. Aside from having many extensive features, Pro Tools also has great user support. Simply put, this is the finest software for editing, recording and mixing. It is not, however, the go-to place when it comes to creating music or beats directly from the software. We have been using Pro Tools for over 25 years and will continue doing so for one simple reason: there’s nothing that comes close to its superior editing and mixing capabilities. 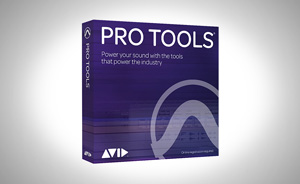 Who should buy this product?

Who should not buy this product?

Phenodia is a no-nonsense website, led by award-winning music industry professionals, and built for the sole purpose of saving you time and money. We know how daunting it can be navigating through all the products that are out there. So we’ve put together our honest assessment of what’s new on the market for today’s music creatives — and it’s why every product we mention has been personally vetted by us. In the spirit of transparency, please note that some links here are affiliate links and we may receive a small commission on purchases made through them. All funds generated will go into maintaining the Phenodia website and bringing you the latest industry updates.